Ann was previously Head of the Art Department and Lecturer in Dance at an FE College in Northern Ireland, with experience of leading movement and dance sessions in a range of community settings. Whilst in Ireland she was a member of the Advisory Panel for the Performing Arts for the Arts Council of N Ireland and also worked closely with the Arts Council of Ireland in Dublin, setting up Laban Guild Training Courses in both North and South. Now back in England, Ann is the Courses Officer for the Laban Guild, involved in teaching, setting up new courses and writing and piloting new schemes of work. She has written both the Leadership and Marketing manuals for the Laban Guild Dance Leaders Course, with an emphasis on professional responsibility. 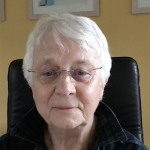 Pam has worked for the Laban Guild Council since 1986. She has served on Council as Treasurer and has maintained and redesigned the website several times. Through her company, PAFS Ltd until 2017, and now independently, she has been responsible for the design and layout of the Guild magazine since 2003. Pam has taught IT and Business Studies in addition to her work in the area of financial software where she has been a departmental manager for a large finance house assessing profitability of ‘big ticket’ leases and a consultant project manager, software developer, business analyst, tester and documenter for point of sale and proposal management systems in both the UK and the rest of Europe.
Pam’s connection with the Laban Guild began after a visit to an osteopath following a poor landing from a parachute jump; the osteopath recommended a local dance class led by Bronwen Mills. Bronwen, an experienced community dance leader with Laban training, introduced Pam to the Laban Guild. Pam has also been a member of the Lisa Ullmann Travelling Scholarship Fund committee since 1989; initially as Treasurer, following Ellinor Hinks’ retirement and now manages their website and advises on IT.

Darren works as a freelance choreographer / movement director and director in opera. Recent credits include Dance Consultant on the National Theatre’s production of She Stoops to Conquer, The Duchess of Malfi at the Old Vic, and movement coach for One Man Two Governors in the West End. Darren has directed three seasons for the Bangkok Opera, and with Pop Up Opera in the UK. A specialist in period movement and historical dance, Darren is Artistic Director of NONSUCH, performing at Hampton Court Palace, British Museum, National Gallery, Royal Shakespeare Company and appearing on TV, including Five O’Clock Show and Got to Dance!. Darren was the Restoration Dancing Master with Sue Perkins on Restoration Supersize Me! and choreographed the feature film Wide Blue Yonder with Lauren Bacall, James Fox and Brian Cox. Darren has worked for fifteen years as Movement and Dance Tutor at RADA, choreographing productions from Shakespeare to Sondheim, teaching the Laban Approach at MA level, and his book Dramatic Dance: An Actor’s Approach to Dance as a Dramatic Art is forthcoming in the Methuen Drama series. Darren began his interest in choreography following the National Youth Theatre in London (working with choreographers David Toguri and Imogen Claire), before studying at Cambridge University, working with the Footlights. He undertook postgraduate training at The Laban Centre for Movement and Dance in London (MA in Dance Studies with Distinction), and received the Bonnie Bird Choreography Award, which launched his freelance career. Darren continues to use the Laban approach in his teaching and choreography, and combines experiences from the teaching of Jean Newlove, Geraldine Stephenson, Warren Lamb, Valerie Preston Dunlop, Ann Hutchinson Guest and the late Marion North.

Clare is a freelance academic and dance practitioner focussing on the work and legacy of the German choreographer and theatre practitioner Kurt Jooss, his partner Sigurd Leeder (teacher and choreographer), and their debt to the work of Rudolf Laban. She has published widely – recent articles include, for example: “Whoever pays the Piper calls the tune: Kurt Jooss, Public Subsidy and Private Patronage,” Dance Research, Vol 36, no 1, (2018) pp33-47; and ‘What will survive us? Sigurd Leeder and his legacy,’ Teachers Imprint – Rethinking Dance Legacy, Conversations across the field of Dance Studies, Society of Dance History Scholars, Vol 37, (2017) pp. 43-46 – and, since 2019, has been executive editor of Dance Chronicle: Studies in Dance and the Related Arts. Her involvement with the Laban Guild began when she became editor of their magazine, Movement, Dance and Drama, in 2010, and she has contributed further by giving the Laban Lecture at the Laban Conferences in 2015 and 2017. 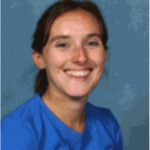 Mary has always had a passion for dance and learned ballet when she was very young and until she went to University. Although her main sport is Gymnastics Mary has always loved Dance and has found that her involvement in this gave her an advantage when it came to choreographing routines. Mary trained at the University of Bedfordshire for 4 years to complete her BA (Hons) Physical Education Secondary with QTS to become a PE Teacher and is currently teaching at a school in Southampton.

Jonathan was inspired to join Laban Guild International while studying for an MA at RADA where he was introduced to the ideas and practice of Laban by Darren Royston. Jonathan has worked for years as an independent actor and musician, and in 2017 co-founded Experimentorium, a theatre and film production company whose work has won numerous awards internationally. Jonathan also works in marketing and communications both in-house and freelance.